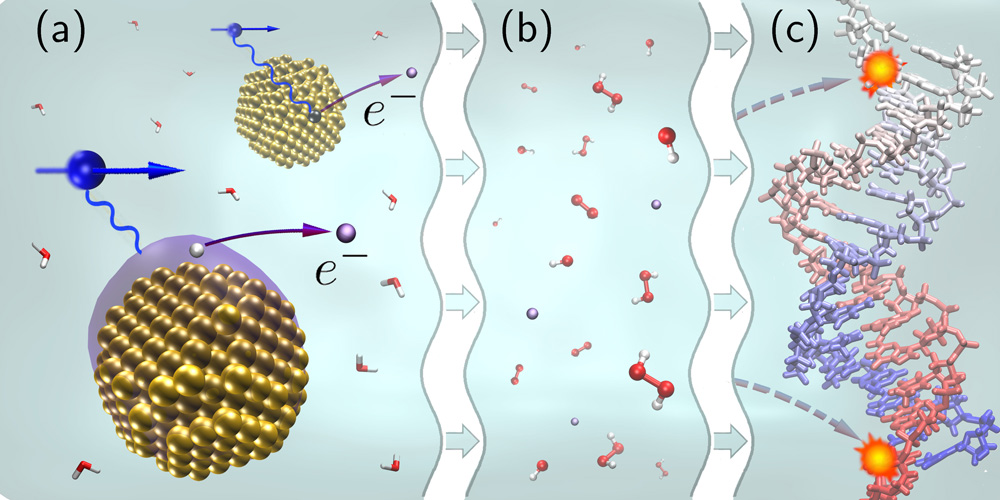 A recent study by the members of MBN Research team, published in Physical Review Letters [1], aims at revealing physical mechanisms which stand behind the novel techniques of treating tumors. The authors have elucidated the enhancement of the low-energy electron yield from noble metal nanoparticles. The use of such nanoscale systems in cancer treatments with ionizing radiation was proposed recently.